Glencor Golf team up with Teeuplo, Golf Vlogs UK and The Belfry to take part in Guy Mowbray’s Golf Day in York at Sandburn Hall in aid for The Sporting Memories Foundation.

This fantastic charity, of which Guy is a patron of, helps those battling dementia, depression and loneliness by engaging them in social activities and helping them to recall memories of watching or playing sport. 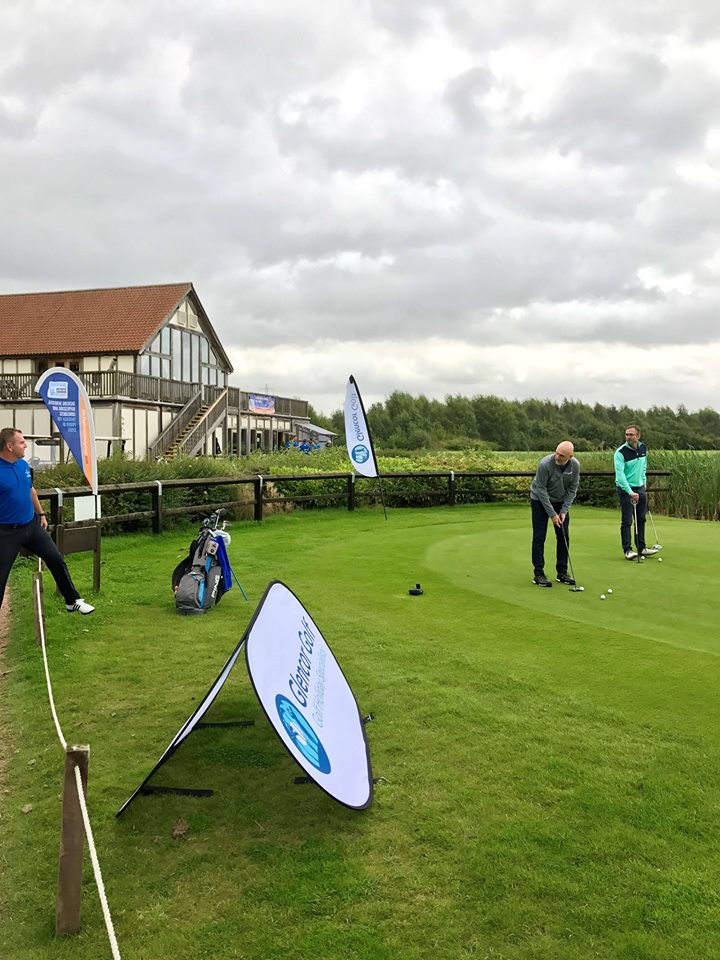 Practice on the putting green ahead of the event!

Last week we teamed up with Andy from Teeuplo, Liam from Golf Vlogs UK and Jack Bowen the Senior sales Executive at The Belfry Hotel & Resort to take part in Guy Mowbray’s Golf day at Sandburn Hall, York. The event saw teams of 4 take on the picturesque 18-hole course based in Flaxton where a shot gun style start awaited.

We arrived at Sandburn Hall where we were joined by Andy, Liam and Jack ready to take part in the days event where the sold-out event included a two best score counting in a 3/4 handicap stableford. The top two scoring teams faced a sudden death playoff in front of the club house on the challenging par 3 18th, with just one designated team member facing the island green and avoiding a wet end to their day. 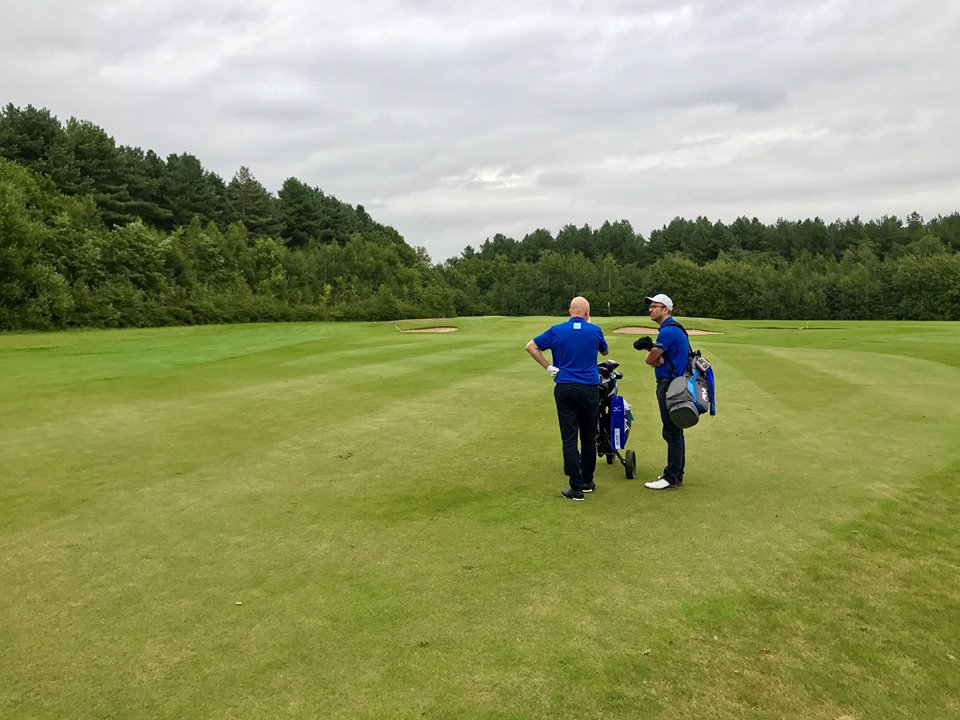 In addition, there was a sequence of challenges throughout the day which consisted of a nearest to the pin on the 18th par 3, a longest putt and longest drive. Both which members of our four balls were close to winning, Andy was just centimetres away from winning the longest putt of the day after holing a solid 40ft putt only to find out half way round he had been beaten by a centimetre or two. Also, Jack Bowen was just feet away from winning the longest drive on the par 4 9th. After all the golf and fun on the course, the event hosted an auction which consisted of signed sporting memorabilia, hospitality tickets to a Manchester City game of your choice and several golf holidays provided by ourselves. There was also a raffle at the event followed by a presentation for prizes awarded to the top 2 teams – sadly we didn’t make the cut!

All in all, a fantastic day with over £5,000 raised for The Sporting Memories Foundation. We can’t wait for next year!

Once upon a time if you were going to Spain to play golf, the chances are you were flying to Malaga and heading to the south coast to any of the courses in the Costa Del Sol however in recent years one of the most popular destinations for UK and Irish golfers has been Murcia […]

Yorkshire is England’s largest county and is justifiably proud of its sporting heritage. It’s well known that when Yorkshire Cricket is strong then English cricket is strong and recent events bear out that fact. It spearheaded the arrival of the Tour de France in the UK and the Tour of Yorkshire cycle race is rapidly […]

Here at Glencor, we’re well known for sending golfers to amazing golf resorts across the globe. But at this time of crisis, when we are all stuck at home, we want to help bring the green to you. Our goal? To save our faithful customers from a golf-less existence and help you turn your house […]