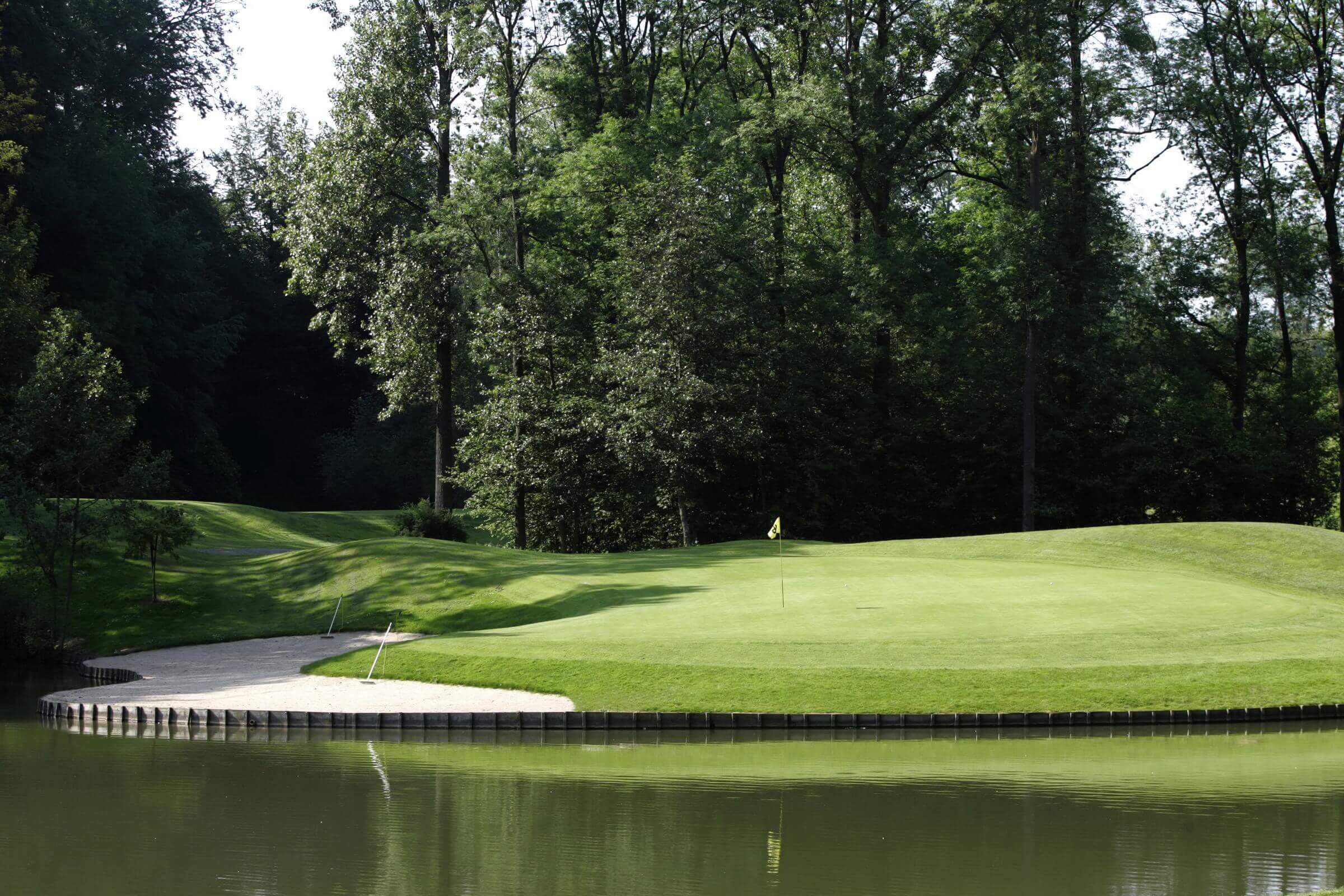 Golf Chateau de la Tournette is situated around fifteen minutes away from the town of Waterloo. Its easily accessible from Brussels as its down the E19 and takes about thirty  minutes by car. The courses are set on a 160 hectare estate which is dominated by a castle wherein is the clubhouse

This is one of the top resorts in Belgium as it has two eighteen hole courses as well as a nine hole lay out. The American Course has four different teeing grounds to play from and off the back tees it is around 6600 yards with a par of 72. The finishing four holes are amongst the toughest in Belgium. Originally designed by Bill Amick it was later updated by Peter Allis and Clive Clark  it’s still a very American style course though. The opening holes take you down into the tree lined valley and then you see the first of the magnificent par threes. As in a lot of American courses water is in play on all the par threes and they all involve carries over the water. The middle holes give you a chance to improve your score and it is hoped you can take advantage of them before you reach the challenging end of the round. The fifteenth is a downhill par 4 where the second shot has to be hit over a pond and from the sixteenth tee you have to clear the same water before you reach the green. The greens are usually in excellent condition and can prove tricky as there are very few flat slots.

The English Course is about the same distance, has a par of 71 and opened in 1988. Designed by Martin Hawtree it is a parkland course where water comes into play on six holes but has a different character to the American course and it feels that it is a more natural design taking account of the terrain. Originally it had a linksy feel but gradually more trees have been planted so now instead of playing through sand dunes you tend to be aiming at tree lined fairways. However it still is one of Belgiums most challenging courses.

The Clubhouse is part of the sixteenth century castle and a drink on the terrace after the round offers spectacular views over the whole estate.

Our membership to the International Association of Golf Tour Operators ensures we are at the heart of the golf travel industry.

Book with confidence as all payments are protected, adhering to the 2018 Package Travel Regulations.

In 2021 over 7,500 happy golfers rated our service Good or Excellent on Feefo, the independent review service.